Have you ever had to deal with stoppages while you had guests over or even when you just badly needed to use the bathroom?

Drain stoppage issues are every homeowner’s nightmare. While it is not an uncommon home problem, it can definitely get annoying and expensive if left alone over time. Thus, it’s best to look out for any warning signs that could indicate a potential stoppage issue!

One of the most obvious symptoms is if you notice that your sink, toilet, or bath at home starts to drain slower than it used to. If it takes a long time before all the water disappears, it’s probably a sign that you’re having a stoppage. The worst-case scenario is if it doesn’t drain at all. Can you imagine having to wait for an hour or two just to make sure that no water stays on the bathroom floor or the kitchen sink? It’s a waste of productive time and it’s also a hassle when you need to do something else.

Another sign is hearing a weird, bubbling, or gurgling sound when you try to flush or use a plunger. And when you start smelling something foul in your kitchen or bathroom, you know there is a huge problem!

If you’re experiencing these symptoms altogether, there’s a very high chance that you’re dealing with a bad stoppage. And we can help you fix that, just like how we did for this week’s client! 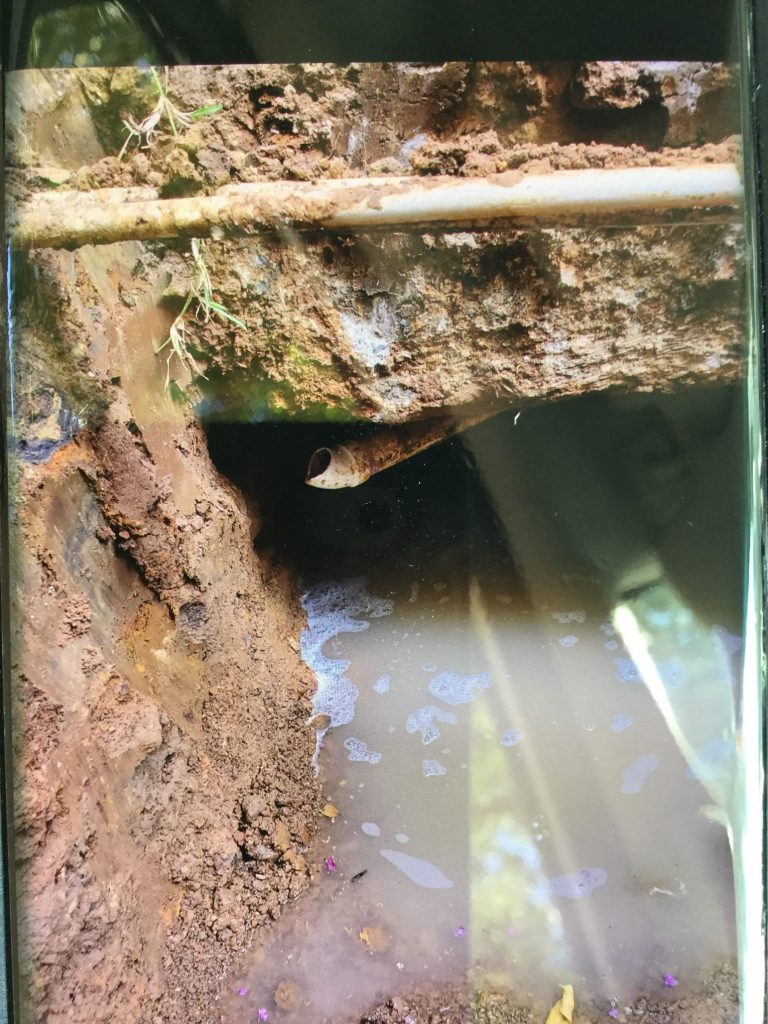 Our client called about a stoppage issue going on in their kitchen, thinking it was just a regular drain blockage. But after doing a thorough inspection, our crew discovered that the root of the problem was hidden way beneath their house. Their home’s foundation had shifted through the years and greatly affected their home, pipes, and drainage system.

When a house’s foundation begins to shift, it comes with a lot of problems. Sometimes the doors and windows don’t work like they used to anymore and you’ll be seeing a lot of noticeable cracks and gaps in the wall. Sometimes you’ll even notice how the floor feels lower than it usually did before. Foundation sinking can also affect what’s underneath your home, which means your pipes aren’t safe from this natural catastrophe.

And in this case, the client was dealing with a broken pipe, a damaged kitchen sewer line, and terrible drain issues. If left unaddressed, this homeowner will be in for the horrible mold growth and toxic smells that linger in the air for too long. These can cause respiratory issues such as asthma attacks and skin allergies.

This had been going on for a long time and the damage we had to deal with could not easily be solved with a DIY solution. It’s a great thing that the client called us or this would have become a bigger problem!

Our crew went ahead and created an access on the left side of their home at the kitchen drain and tunneled 5 feet to expose the break on 2 inches of pipes. We made sure to replace the old, broken pipes with newly installed PVC 90 which would last longer. 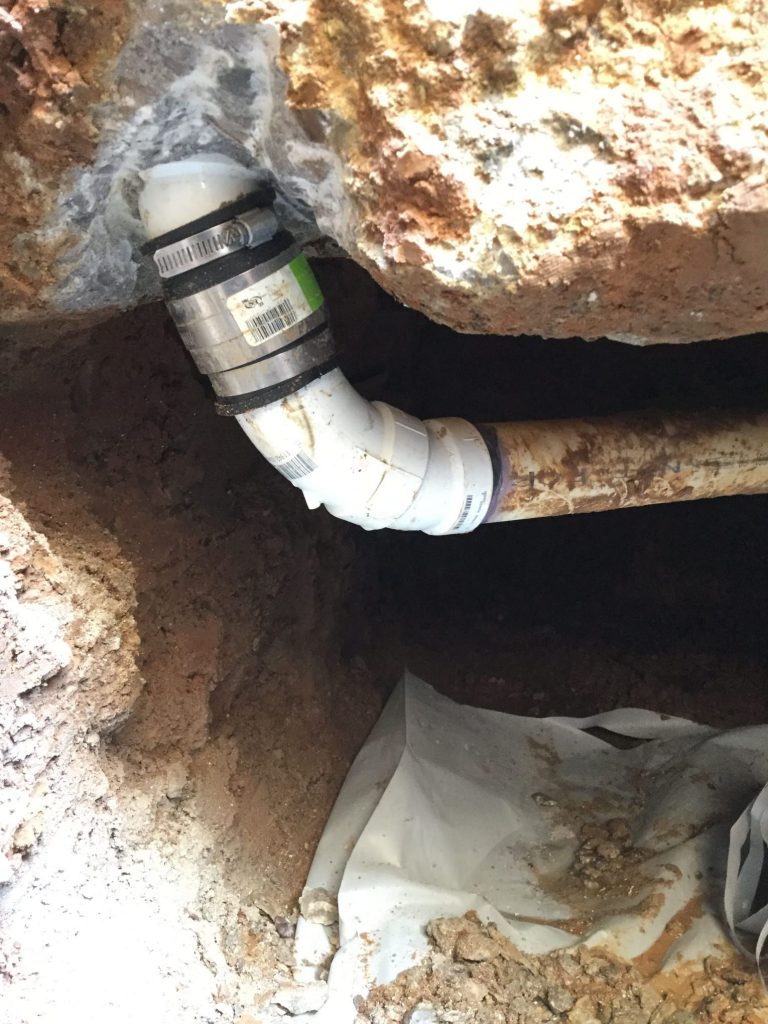 Now that there are no longer any stoppage issues in their kitchen, the family can enjoy cooking and dining without having to worry about water staying in the sink or even the bad smells that used to come from the damaged pipe.

Dealing with a similar stoppage problem? No problem is too difficult for us to repair, give us a call and we’ll solve tomorrow’s problems today!

previousReplacing a leaking water line in fort worth

nextRepairing leaks for a fort worth salon